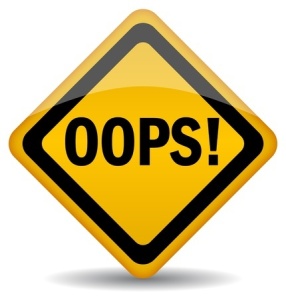 “How could you have missed that typo?” “What do you mean no lunch has arrived for today’s board meeting?” “I have a flight in just minutes. Why has my passport expired?” Mistakes and accidents happen in and out of the workplace each day. How you react is up to you.

Over the years I have made a conscious effort to gain knowledge, seek experience, learn from mistakes and the mistakes of others, observe intently, and learn skills that will help prepare me in my career as an executive assistant. I believe this chosen career has better equipped me to calmly handle unexpected surprises, mistakes, and accidents that occur not only in the workplace but also in life.

Last week I was sitting on the freeway at a dead stop around 3:15 p.m. waiting for the entrance light to change when all of a sudden I was rear-ended by a woman who was driving FAST. Having just realized we were involved in an automobile accident I checked on my friend who was with me in the car. My friend shakily exited the car and immediately sat down on the ground. I immediately grabbed my cell phone and dialed 911 so help could be dispatched quickly. I got out of the car to assess the damage to my car—yikes! I quickly went over to the other car involved in the collision and could see a young woman lying on the ground going in and out of consciousness. She was surrounded by people who had stopped to offer assistance.

While CHP, paramedics, fire trucks, and tow trucks were in transit, I grabbed my cell phone to take pictures of the accident and to see if I could find witnesses to the accident. After finding Luis who did witness the accident, I visited with him for a few short minutes to ask if he saw what had happened. Luis said, “Yes.” My gut told me to keep talking with Luis to make sure he didn’t get back into his car and drive away. The CHP arrived on the scene, and both Luis and I gave our statements.

Upon arriving at the hospital I found my friend in a neck brace on a gurney in the hallway outside of the emergency room along with 15 other individuals waiting to be seen. After checking on my friend I went to find the young woman who hit my car. I found the young woman down another hallway also on a gurney with a neck brace. I introduced myself as the woman whose car she hit. Tears started streaming down her face as she apologized for hitting my car. She shared with me how scared she was and wrote her name and phone number on a piece of paper for me. In an effort to comfort this woman, I asked if I could remove her shoes, get her a blanket, or help her in anyway. She mentioned that she had just finished a job interview to secure employment to help with the family’s finances and was on her way to pick up her husband and two children. I assured her that we would work through this mishap and that accidents happen.

I asked the young woman if there was anyone I could call on her behalf so that she could receive comfort while being treated at the hospital. She provided me the name and phone number of her husband. I called him, and he later called her sisters. I visited with this woman several times until her family arrived. I later shared my pictures of the accident with her family so they could understand the condition of the car she was driving.

After being discharged from the hospital and some needed rest, the young woman texted me and shared this message—“Thank you so much for checking up on me when no one was with me. I’m sorry for the crash. We are very blessed to be alive.”

I could have blamed this young woman for hitting my car last week. I could have chosen to not seek her out in the hospital to see what I could do to be of support to her. Yes, my body ached at that moment in time, and it still does. I could have chosen to be upset that I lost 14+ hours sitting in an emergency room, a couple of days of work, and later the money I would spend for a co-pay, car rental, and a tow truck fee. At that moment in time and even today it’s not about blaming someone for what they did or did not do. What’s important is to move forward. With time our bodies can often times heal, and cars can be repaired or replaced.

I’m thankful that my skills as an administrative professional have helped to prepare me to calmly handle many situations in and out of the workplace by gathering facts, asking questions, and being assertive to find a resolution. 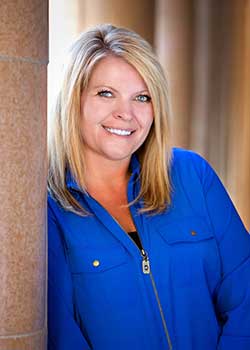