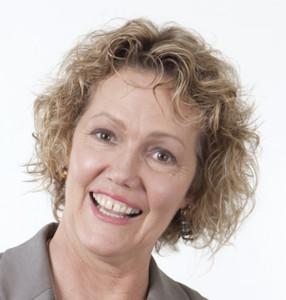 Several months ago, I had the opportunity to connect with Kimberly during a one day educational program hosted by Admin to Admin. I recently reached out to Kimberly and asked if she would share some of her insights with you.  She agreed.  Here are five practices to help you reduce stress and optimize how you use your time.

PROBLEM: I have twice as much work as I have hours in the day. No matter how hard I work I’m always behind. Help!

RESPONSE: I know how you feel! There will always be more work than time, so being “behind” is kind of normal. These five practices will help you reduce your stress and optimize how you use your time.

Write Down Your Goals. Even though you’re busy, that doesn’t mean you’re effective. Running in a circle uses energy, but doesn’t get you anywhere. Make sure your destination is clear. Less than 5% of people write down their goals. Some avoid this due to fear of failing to achieve their goals. Many are addicted to the adrenaline rush of being busy. Lack of clear goals is the most common cause of failure to achieve goals! Post yours conspicuously, and don’t waste time on tasks that doesn’t support achieving them.

Prioritize Ruthlessly. Most busy people are doing too much. When I ask people to prioritize their tasks they nearly always say “Everything is #1!” Some even protest “You’re asking me to choose between my heart, lungs and kidneys!” Of course it’s difficult, but if forced to choose most people would agree that their heart comes first. Write each task on a separate PostnoteTM, then force yourself to arrange them in priority order according to which are most important to your goals. Then work on the tasks at the top of your list. Review priorities with your colleagues to be sure you’re working on what’s most important to your team.

Prototype, Don’t Perfect. Although I’m a great admirer of perfection when it matters, sometimes it can be a giant waste of time. If you’re performing surgery or maintaining an aircraft engine, only perfection will do. But sometimes “good enough” is good enough! Prototype and make improvements later if required. One motivation for perfection is the fear of making a mistake. But ignoring other, more important, tasks is a bigger mistake. Try stopping when you’ve done enough. Even an Olympic gold medalist doesn’t run another lap after crossing the finish line!

Set Limits. While it’s often impossible to finish your work, you can abandon it, at least temporarily. Weary, sleep-deprived people aren’t efficient or effective. Work is a marathon, not a sprint. Sometimes the best way to make progress is to go home and get some sleep!

Get Help. Business is a team sport. There’s only so much one human being can do. In baseball a team with only one person would surely lose. Don’t try to do a whole team’s work all by yourself. Asking for help is a sign of maturity, not weakness.

Experiment with these practices for just one week. If you’re like most people you’ll find you’ve achieved almost twice as much as normal, and you’ll feel better, too!